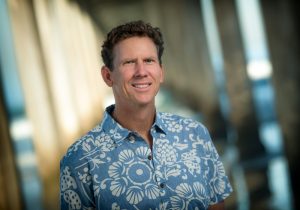 Bradley Moore is a professor of marine chemical biology in the Center for Marine Biotechnology and Biomedicine at Scripps Institution of Oceanography, University of California, San Diego. He also is professor and chair of pharmaceutical chemistry at the UCSD Skaggs School of Pharmacy and Pharmaceutical Sciences where he holds a joint faculty appointment.

Moore is an elected fellow of the Royal Society of Chemistry and the American Academy of Microbiology, the former president of the American Society for Pharmacognosy, and the editorial chair of the journal Natural Product Reports. Moore has been a PI on NIH/NSF-funded grants for over 15 years totaling approximately $20M and is the founding Director of the NIEHS/NSF-sponsored Scripps Center for Oceans and Human Health since 2012.